FRANKLIN, W.Va.  A bear is said to have climbed a tree and attacked a man who was bow hunting deer from an elevated stand on Oct. 22 near Franklin, biting and clawing both of his legs below the knees, according to Hoy Murphy, public information officer for the West Virginia Division of Natural Resources.

The victim was James Lambert, 25, of Dry Run Road near Franklin. A report supplied by Conservation Officer Shane Duffield indicated that Lambert was eventually able to escape to his vehicle and was later treated at Rockingham Memorial Hospital in Harrisonburg, Va.

Murphy confirmed that wildlife personnel from the agencys Romney office attempted unsuccessfully to find and capture the bear. Duffield reported that Lambert suffered puncture wounds, lacerations and claw marks to both of his lower legs during the incident that took place on Neds Mountain, Murphy said.

Lamberts father, Dennis, said Tuesday night that his son was not feeling well enough to talk by phone. The elder Lambert said his sons legs were bothering him.

It happened just at daybreak, Dennis Lambert said of his sons run-in with the sow, who he said, had two cubs with her. At one point the bear tried to climb another tree so she could come down on top of him. The father said his son described the size of the bear only as big.

Dennis Lambert said his son was able to stab the bear several times with a hunting knife and eventually jumped from the ladder stand that was 11 or 12 feet high. The younger Lambert was able to escape the bear and walk the half-mile to his vehicle and then drive a mile or so to his home, at which time his father took him to the Virginia hospital about 40 miles away.

James Lambert was admitted, according to his father, returning home two days later. He got a lot of stitches and staples, Dennis Lambert said of his son. He added that his son was not using bait in an attempt to attract deer to his hunting location.

Weve been having a lot of bear problems in this area, he said. Bears tried to get up trees on two other hunters and one got after a squirrel hunter.

A state wildlife official in Romney confirmed the incident, but would not comment further, saying the matter is under investigation by officers of the Law Enforcement Section of the DNR.

Originally posted by InfernoDan98
How come he didn't shoot it with his bow?
Click to expand...

I was thinking the same thing. If I'm in the stand and a bear is on her way up to sit with me, she's getting shot with something! Were firearms not allowed as it was bow only season? This is exactly why a sidearm should be permitted during bow only hunting periods. Unfortunately here in Georgia they are not or I would seriously consider getting into bow hunting. I just can't swallow the "Absolutely No Firearms" regulation. A .44 Mag revolver would have been the ticket for this guy. Hope he gets back in the woods soon!
W

Originally posted by onemilmhz
This is exactly why a sidearm should be permitted during bow only hunting periods.
Click to expand...

· Registered
Joined Mar 28, 2002
·
12 Posts
It's easy to say that he should have shot him with his bow, but harder to do when you have a 250 pound bear rumbling up your tree. It sounds like he did a decent job with his knife as it was.

What this place really needs is more people hunting bears. We are having the same trouble with Mountain Lions. If you don't hunt them, they lose their fear of people.

I have an uncle that hunts extensively in Alaska. Everybody bow hunts there with a 12 as back-up. Nothing like 000 buckshot in 3" at close range to discourage a bear!
L

· Banned
Joined May 5, 2020
·
8 Posts
This is an excellent study on handgun stopping power for bears.
The author studied a number of attacks, calibers and the outcome associated with the attack.
Cut and Paste: 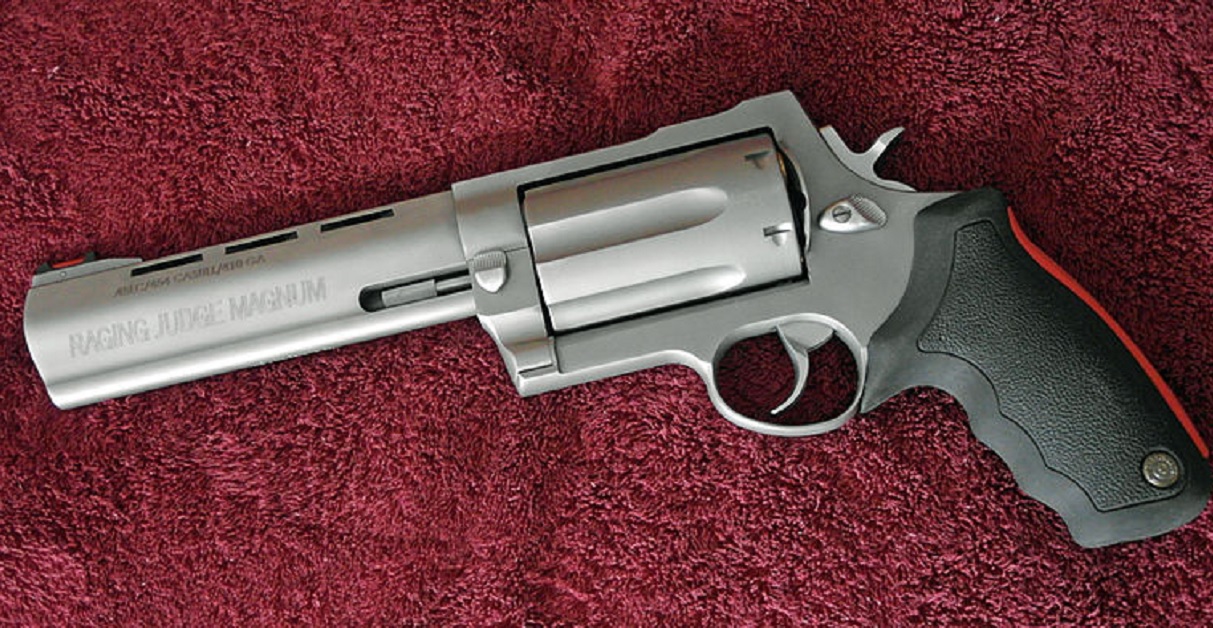 Handguns for Bear Defense: a Study by Caliber – Concealed Nation

One of the things most hotly debated by hunters, firearms owners, and flat-out bored people is the answer to the question: “What caliber handgun do I need to be safe against bear attack?” Not to get all clickbait-y, but the answer might surprise you. Ammoland was kind enough to make a little...

But this should get people all riled up:

"Firstly, and most surprisingly to yours truly, there were four cases in which the 9mm cartridge was used to defend against bears — every single one of them was successful, and at least three of the four were against grizzly bears. All three of those bears died, and one of them was killed from less than five feet away.
That particular kill was credited partly to the use of FMJ ammo, but still. That’s far more than I would have credited a 9mm cartridge’s capability."

" Firstly, higher penetration seems to be key — that would be why 9mm came out ahead.
Secondly, the caliber of the firearm used seems to matter less than the ability of the shooter under pressure. A .357 Magnum is formidable as hell, but that doesn’t mean anything when you can’t hit a charging bear.
For my money, I wouldn’t trust a 9mm, even though it seems to pass the test here. I’d go a little heavier — my .357 Magnum is the likely choice for me — and practice, practice, practice."


Thanks for the link!

That, and to humanely and quickly put down injured animals.

· Registered
Joined Dec 28, 2018
·
947 Posts
how do people even find threads that are almost 20 years old and resurrect them is beyond me.

Parzival said:
how do people even find threads that are almost 20 years old and resurrect them is beyond me.
Click to expand...

It because of the -recommended reading- at the bottom of each thread. Didn't happen as much with the old format.

· Registered
Joined Jun 6, 2009
·
5,448 Posts
A guy in my old hunting club had 2 cubs climb the tree that he was in last season . They took of when they figured out what he was . He didn’t see momma bear . The same guy was bit from behind by a coyote this time of the year while turkey hunting . He had get rabies shots .

Did you gents know Fred Bear, of Bear Archery, always carried a .44 magnum in a shoulder holster while bear hunting with his bow? Fred was no dummy.

My bears are friendly, so they'll get sprayed when they're a nuisance. But usually, banging pots and pans works. They generally leave as soon as they know they're unwanted. Black bears are pretty timid.

Parzival said:
how do people even find threads that are almost 20 years old and resurrect them is beyond me.
Click to expand...